Asia Bibi has finally broken her silence in Canada and has been speaking out on video and in the press about her blasphemy case in Pakistan.

In a video that reveals neither her face nor her location, and in a press interview, the 54-year-old Christian has described how she held on to her faith throughout her ordeal on death row, after being falsely accused of blasphemy.

In a video posted to YouTube [below] and reported in the Washington Examiner, she says: ‘I, Asia Bibi, believe in Jesus. My belief is strong. I never let my belief weaken.’ 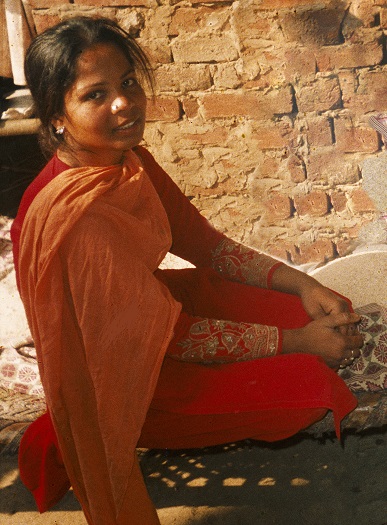 As Asia Bibi sits free at last in a secret location in Canada, the Pakistani Christian woman who spent years on death row after a false blasphemy charge thinks of those left behind still facing the same ordeal.

Nearly four months after the 54-year-old finally left Pakistan following a miscarriage of justice that caused worldwide outcry, she has the opportunity to rebuild a new life for her and her daughters.

Would be assassin announces is a video that he has travelled to Canada, where reports say that Asia Bibi is has travelled to. In the video the man says he will track “the blasphemer” down and send her to hell.
Warning!
Do not watch the video in the following report if you are easily upset:

8 May 2019 – Asia Bibi leaves Pakistan
This morning the news broke that Asia Bibi has finally been allowed to leave Pakistan. Please continue to pray for Christians who are accused of blasphemy in that country – the first report below provides a list of fourteen people who are in prison.

13 March 2019
Asia Bibi’s Daughter Appeals To Pakistan To Let Her Mother Leave
Asia Bibi’s youngest daughter has appealed to Pakistan’s Prime Minister to let her mother leave the country, according to press reports. She’s encouraged Asia to have faith that God will bring her out.

Asia Bibi, who has been declared not guilty of blasphemy charges by Pakistan’s Supreme Court, is still reportedly unable to leave the country. Release International sources say she is in good health, contrary to other reports.

29 January 2019
Appeal against her acquittal dismissed.

Aasia Bibi’s final legal hurdle comes to an end as SC upholds her acquittal – DAWN.COM
Dawn is the leading English language newspaper in Pakistan. Its report provides details of what was said in the hearing.

Finally Asia Bibi is declared free! Her acquittal was upheld despite petition from hardliners! BPCA

House of Lords – Lord Alton of Liverpool
To ask Her Majesty’s Government what response they have made to requests to assist in the (1) safe passage and resettlement of, and (2) granting of asylum to Asia Bibi and her family.

Reham Chishti, MP for Gillingham and Rainham, resigned as Vice Chairman of the Conservative Party and the Prime Minister’s Trade Envoy to Pakistan, over Brexit and the government’s response to her family’s appeal for asylum. He posted an image of his letter on Twitter. The three relevant paragraphs read as follows:

The second point which brings me to write this letter is the manner in which the Government has dealt with the case regarding Asia Bibi. This is a case that I have worked on passionately since 2012, alongside Bishop Michael Nazir-Ali, the Former Bishop of Rochester, to ensure that justice is done which was handed down by the Pakistan Supreme Court only recently.

What I found shocking, is that the British Government is failing to put into practice the core values that our country stands for; religious freedom, justice, morally doing the right thing, and that when we see injustice where an individual’s life is in clear danger and they have been persecuted for their faith, we do all that we can to help them. The Government should not wait to see if another country offers sanctuary, we should have had the conviction to lead on this matter and offer sanctuary ourselves straight away.

The letter which I sent to you regarding this matter on 13th November now has the support of some 124 MPs and Lords, I would be grateful if you can personally intervene in this case to ensure that a morally right decision is finally made which takes into account our core values, irrespective of the position that any other country may take on this.

During Prime Minister’s questions Mike Kane MP (Lab. Wythenshawe and Sale East) asked Mrs may if Britain should offer her asylum. You can read her response in Hansard or watch on Parliament TV.

Today, concern over Britain’s lack of action in offering Asia Bibi and her family asylum has featured in the national headlines.

The UK should offer safe haven to Asia Bibi, and persecuted Christians like her – The Telegraph

What’s the point of asylum system if we can’t help a persecuted woman? | Daily Mail Online

Yesterday’s update from Asia Bibi’s family can be read on the following page:

Late yesterday reports of Asia Bibi’s release from prison in Pakistan began to circulate in the media. Some of them suggested that she and her family had already left the country. This is far from certain, with Pakistan Government spokespersons claiming she is still in the country, but at a secure location.

The British Pakistani Christian Association, who are in direct contact with her husband, have confirmed that she has been released whilst calling for the media not to speculate on her whereabouts.

Below are links to various reports concerning her release. The first of these is a statement from Andrew Boyd, Release International’s spokesman, provided to UCB radio. (2½ minutes).

In a formal verdict Pakistan’s Supreme Court announced that Asia Bibi, a Christian woman who was sentenced to death 10 years ago for blasphemy, has been acquitted of the charge.

Below are links to a number of reports all of which highlight that whilst this is a significant move for Asia and her family, it could also signal a period of national unrest in Pakistan. Very quickly after the verdict was announced protesters began blocking parts of major cities and the defence forces were put on high alert in advance of the announcement.

Prayer needs are in the following areas:

Safety for Asia Bibi and her family, including her married daughters and their families. It is almost certain that they will all have to leave Pakistan if they are not to be tracked down and murdered.

Pray for them to find not only a safe country to take refuge in, but a Christian environment where they can recover from the ordeal of the last 10 years and be built up in their trust and and confidence in Christ.

Safety for her lawyer and his staff.

The protection of the judges involved.

Wisdom and courage for Pakistan’s government.

Protection for the wider, but small Christian community in Pakistan, who could easy be targeted as a result of this verdict.

The text bellow the following video links to the BBC’s report of Imran Khan speech to the nation following Asia Bibi’s acquittal.

‘Do not clash with the state’: PM Khan issues stern warning to agitators after Asia Bibi verdict – Pakistan – DAWN.COM

If there is no proof against someone, how can we punish them: CJP – DAWN.COM

Support is being expressed in Pakistan for the stand against extremists:

A moment of reflection – Newspaper – DAWN.COM

However their are political critics of the Prime Minister’s statement:

BREAKING NEWS: Asia Bibi is to be freed! – BPCA

Further updates will be added when available.

Scroll Up
In case you didn't know, this site uses cookies: Find out more